Urban Rec is coming Canberra and here's why you'll love it 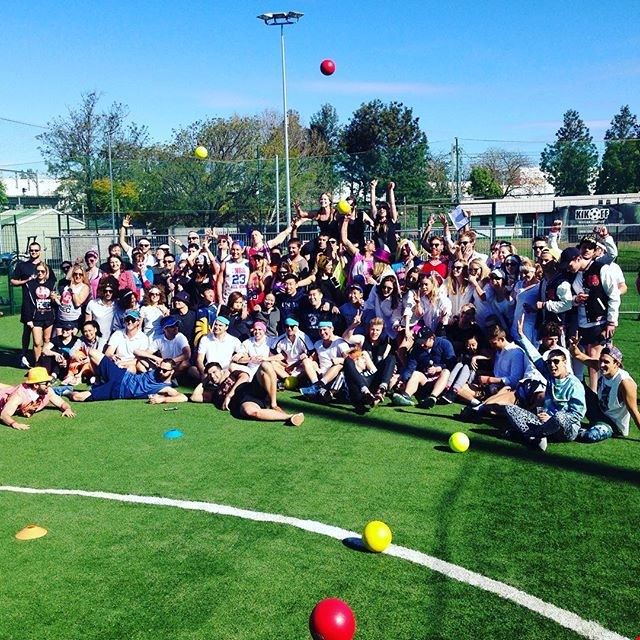 Urban Rec is coming Canberra and here's why you'll love it

We run EPIC events- Urban Rec is kicking off in Canberra with a Beach Sports Party to show the city what we are all about. Sport, Food and beers on the beach, on a Sunday arvo it’s going to be amazeballs. One off events are not all we do, we run season ender parties at the end of each league, we plan and run some crazy Christmas parties and team building events. We can’t wait to show Canberra how social sports and parties mix.

We are a SOCIAL sports club- We play sport to have fun, we try not to make it too competitive. We love to share an orange at half time with the opposition and a beer after the game.

Don’t have a team? That doesn’t matter- Canberra is packed with people who moved here from interstate or overseas. At Urban Rec we give you the opportunity to register as an individual and we will hook you up with a team of other individuals who will become your new Canberra BFF’s.

Sport done DIFFERENTLY- We put our own little twist on sports so if you’ve never played before that doesn’t matter, neither has anyone else. We’re bringing the first Beach Soccer and Beach Touch Footy leagues to Canberra, Street Soccer is soccer but with prison rules, we’ve all seen the movie Dodgeball it’s the same but Ben & Owen are yet to register. Multisport is like the triathlon of ball sports but with more than 3 disciplines.

Subs- Want to play sport 5 nights a week? Urban Rec members get entry to our Subs Facebook group. When teams are missing a player you can sub in and try a new sport for free. We are the only sports club in Canberra that runs multiple sports over multiple nights that you can be a part of.

Sunday Arvo’s at the beach- Did you even know Canberra had a beach? We are creating Canberra’s favourite Sunday Activity head down to the beach between 3pm-5pm to play in Beach Volleyball and Beach Soccer leagues and chill out in the Canberra sun.

Want the run down of everything you can be a part of in Canberra this spring check it out here.