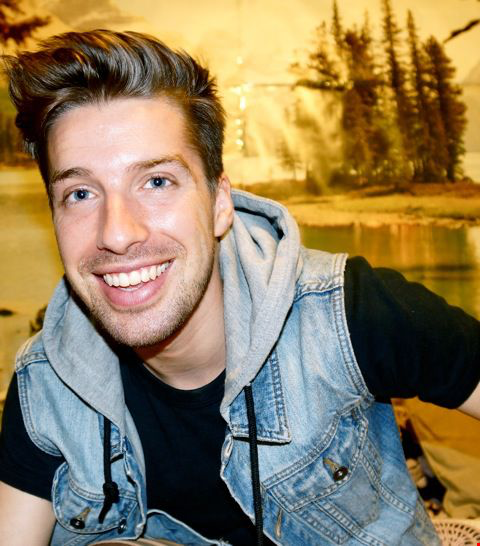 World, meet Harvey. He is a solid human, and we are chuffed to have him as one of our crew.  He came into Urban Rec as ain individual, and he has been quietly conquering ever since.

Which Urban Rec Sports do you play?

I currently play touch football, but just finished an exciting season of dodgeball

Our team is called 'The Rocky Sonics'

What's a random fact about you?

I played in a Rock/Metal band throughout my teens

Why did you choose UR and Social Sports over the more competitive sports played in Sydney?

I do some more competitive indoor and outdoor soccer on the side. So I like UR for the social interaction and keeping up my fitness. Plus it's a good excuse to catch up each week and stay in touch.

If on an Individual team, how have you gone getting to know your new team mates?

We've kept a small companion of friends since our first season of Touch football, so now we all just sign up together

What is your best advice for someone who hasn't played your sport before, if they would like to come along to try?

Great!!,you make friends easily on an individual team as you're often always working together anyway, so everyone learns to get along. It's all about taking that first step, If you don't give it a go, your never going to know.

Tell us about a funny moment on the court/field?

We had an 80's dress-up themed dodgeball game as our final match last season. I decided to wear some bright orange glasses as part of my outfit. At the start of the match I realised the glasses restricted my vision too much on the field, so I put them to the side. Final few minutes feeling confident about our teams chances, I decided to wear them again.After stepping back on the court for a few seconds, I jumped behind a player, turned my head, then bang!!, a ball straight to the face, glasses go flying, pieces everywhere ,guess it wasn't meant to be.

How long have you been playing your sport?

I've played one season of dodgeball and am currently playing my second season of touch, so almost a year between both now.

What sport do you wish you could play? or what sport are you choosing next season?

I wouldn't mind trying out 'ultimate frisbee' at some point. But for now I'd be happy to continue onto another season of touch; it's just that fun I can't get enough.

What is your favourite thing about team sports?

Team sports are the best for group bonding and keeping fit together. Sometimes it's not always about the sport itself, but the people you play with that keeps you coming back for more