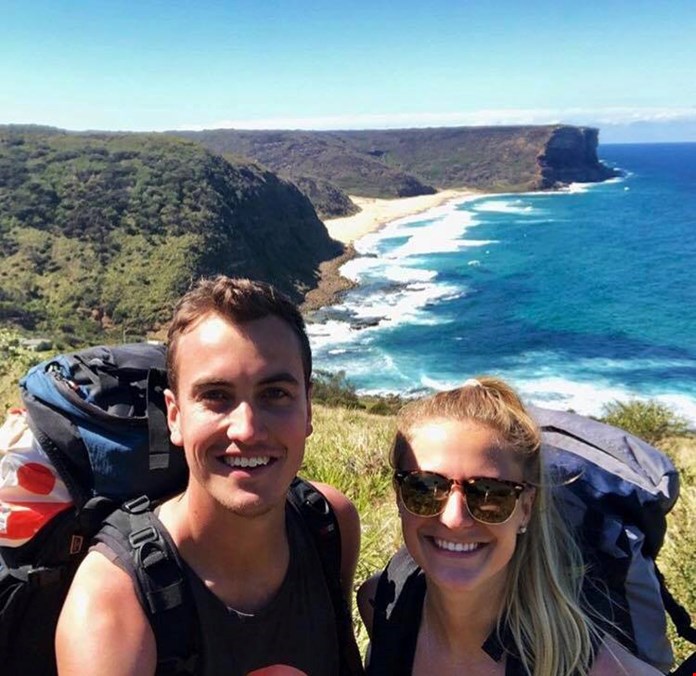 Are you our greatest love story?

You might remember them from our Sunrise appearance… Let’s call them, Urban Rec's poster couple. They met during the Urban Rec Summer Games, Rob was an event host, Megan was an American navigating netball. One minute they were playing flip-cup, next minute... A LOVE STORY LIKE NO OTHER.  How did it all go down? Did we ask for the gory details, you betcha!

After a devastating knee injury threatened to rule out her entire summer Megan Nelson was feeling pretty sad and sorry for herself, stuck in a brace watching on with beer in hand while her friends were having fun at the Urban Rec Summer Party.
Enter the Lion - Rob Slater UR Event host.

“I was too busy having fun and drinking plenty to really be on the lookout for anything other than my next beer, I was tipsy all day and largely clueless to the fact Megan was trying to get my attention”

“He was flirting with most of us actually.. he cast a pretty wide net lol” Megan laughed.

During a game of flip cup (which Megan owned) Rob finally narrowed in on her.. the injured gazelle amongst the herd of single ladies.

“We left to go to the Bat and Ball, and Rob wasn’t allowed in because he didn’t have a shirt… I lent him my towel to wear so he could come in with us” an act of chivalry from Megan.

But still, Rob was still unaware that Megan was trying to make a move.

“I stuck around even after my friends had left”.. which is the universal sign that someone is interested in you. “Finally, I was like - ok, I’m getting an Uber home.. still nothing”

After finding Rob on Facebook through the event page, she messaged him (with most likely a winky face) and BAM finally… he cottoned on.

Yep… she chose pizza over love in the first instance.. (who can blame her though.. cheesy, warm, deliciousness…) Despite the shut down and the fact Rob lost to a slice of margarita - they met up for drinks later that week and the rest is history!

“So yes, hungry lion chased the wounded gazelle - that sums it up lol” Megan remembers fondly.

“I might add that I ended up riding my bike home (wasted) at midnight because she picked pizza over me. The things we do for love..”

BUT, is it really like no other, are there OTHER amazing love stories out there and we simply do not know about them?

💕❓DID YOU MEET PLAYING SPORT OR AT AN URBAN REC EVENT? Urban Rec want to take you on the ultimate Kidult date💕❓

Start the day being active at Sky Zone AU, where you will jump, run and fly around for an hour. 🤸‍♀️

Then head to our partner clubhouse Rocks Brewing Company where you will be taken on a private tour of the brewery and enjoy lunch and a beer tasting. 🍻🍺

Then loaded with $50 on your card, hit up the Archie Brothers Electric Circus where you can sample VR, play the lucky dip or ride the dodgem cars. Then it's time to bowl, and enjoy some amazing candy cocktails. 🍭🍡

As the day draws to a close, it's time to hit the road, Uber to Centennial Park where you can enjoy cosying up under the stars at the Moonlight Cinema. 🎥🎟

HERE'S HOW TO ENTER!

To win this amazing date for you and your partner, comment on THIS POST with the story about how you met at Urban Rec and a photo of the both of you!