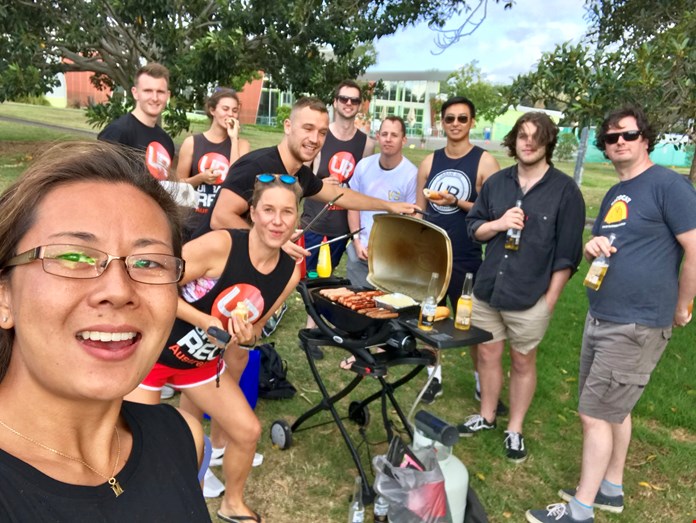 Did you know that internally, we always announce monthly winners. As voted by UR HQ and our staff, we give props to the leagues, teams, players, and staff members we feel are hitting the Urban Rec nail on the head. We just realised, you guys might like to know… der. So here is it. May

LEAGUE OF THE MONTH

WHY: Starting back in 2016 when we decided to offer Basketball for the first time in Newington College we only had 4 teams. Proudly, all four of those teams, STILL play in this league. We have moved to Camperdown, and every single Monday the teams turn up with the right attitude and approach to social basketball. There are no heroes, no legends, just fun-loving people.

team of the month

WHY: Oh my god. The history in this team is beyond belief. Originally starting as an individual team way back in 2013, Money$hots were one of our original teams to join. We played outdoors in Marrickville, and it was a new and exciting sport for us. The team Money$hots chose their name as a member has played in another team overseas with the same name. This was now an international team brand. Over the years the team mates have changed. People have moved on, moved countries, and gone on to have babies. But the friendships are strong, and their approach to the game has never changed. They are honest, they are fun, and they are always the first to invite you to the pub. This team are creme-de-la-creme, and we are proud to call them home-grown.

player of the month

WHY: Richard came to Urban Rec just a short time ago, but the impact he has had on not only his team, but the entire league is undeniable. Richard is proof that one person can indeed change and effect the energy of an entire league. Every time our season is coming to a close, he has been carefully home-brewing a special drop, just for the teams to enjoy. He emulates Urban Rec, and without him, the Flag Gridiron community would suffer.

event host of the month

WHY: Michelle graduated from a player to an Urban Rec event host this year, but her enthusiasm for growing and supporting Urban Rec has been evident since the day she joined. She goes above and beyond to contribute to the events, leagues, and social nights we hosts. She is the most thourough, and thoughtful event host, and does not miss a beat. She will happily go out of her way. 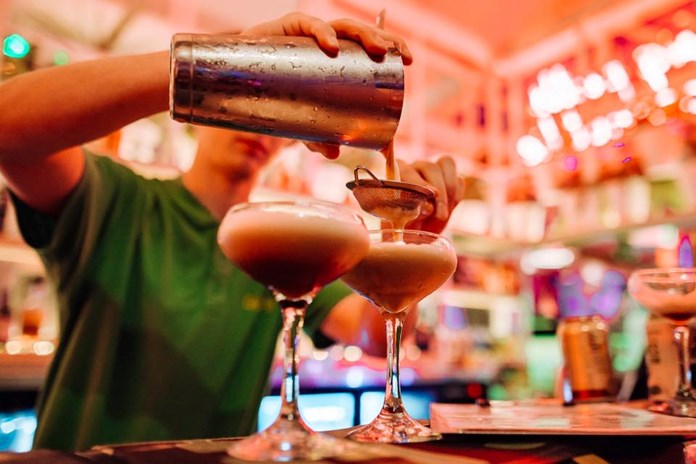 You know what’s fun, being a KIDULT! Urban Rec are all about getting our members to grown down a little bit, and have some relaxed fun. That’s why this NEW Partnership is the most exciting thing to happen in YEARS.

Funlab are the brainchild behind some of Australia’s most exciting experiential venues. Just like us, they know how to be a big kid, but with all the benefits of being an actualt adult (read booze).

We have hosted events at these venues before, and we know you are going to love this new member perk for ALL URBAN REC MEMBERS. (Thats right, all 9,000+ of you!).

ENJOY $10 ACTIVITIES AND $5 HOUSE DRINKS AT ANY OF THESE SYDNEY VENUES, mon through thu.

You heard that right, you can have some random fun, and a drink for $15. I mean….. YOU’RE WELCOME.

Find out more, and how to access these discounts by clicking here. (You will need to show your Urban Rec Member card).

That’s not all folks.

They are giving us a bunch of double passes to give away to YOU GUYS. So if you display epic sportsmanship, you could WIN access to these venues for FREE. OR if you love to hedge your bets, you could join our weekly competition on our Facebook page, where you vote for the winning teams, and win WEEKLY PRIZE PACKS.

Lastly, watch this space as we announce more social events and parties to round out a killer year of epic events.